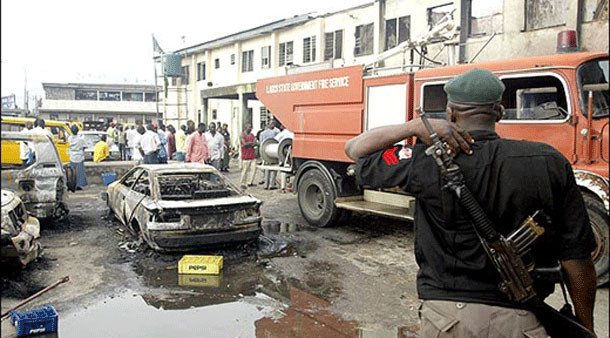 Lagos has been ranked the world’s most dangerous city to live in by the Economist Intelligence Unit in its newly released report.

The British business intelligence which provides forecasting and advisory services through research and analysis reviewed the living state of 60 cities using the digital security, health, infrastructure and personal security index.

“Urban management will play a fundamental role in defining the quality of life of most human beings in the coming years. A key element of this will be the ability of cities to provide security for their residents, businesses and visitors.

“A look at the top five cities in each pillar—digital, health, infrastructure and personal security—yields a similar message. In each area, leading cities got the basics right, be it easy access to high-quality healthcare, dedicated cyber-security teams, community-based police patrolling or disaster continuity planning” the report read in parts.

Japan’s capital city, Tokyo was ranked the safest city to live in the world. Singapore, Osaka, Amsterdam and Sydney also took the second to fifth spot in the safest cities to live in. This is the first time Lagos will be featured on the list and it took the 56th spot on the digital security ranking and the 58th on the infrastructure security ranking.

The popular city in Nigeria also featured in the list of cities which did not factor disaster risk in their city-level urban plan alongside Cairo, Riyadh, Lagos, Bogota, Caracas, Baku.