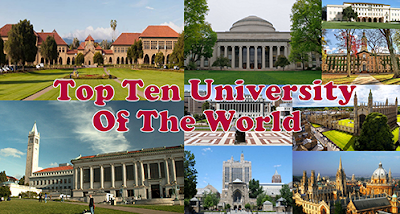 Engineering and Technology are a fundamental aspect of our society and for this reason, students aspiring to be in this space of career, need the right university for training.
For this reason, QS World University Rankings 2019 compiled a list of the top universities in the world.
Here is a list of the top 10 universities in the world for engineering and technology courses:
1. Massachusetts Institute of Technology (MIT) – US
MIT has been ranked as the world leader in this year’s Engineering and Technology ranking. The university has been associated with 89 Nobel Prize winners and also boasts a number of renown alumni in the technological and engineering space.
MIT researchers are at the forefront of developments in artificial intelligence, climate adaptation, HIV, cancer, and poverty alleviation, while in the past MIT research has fueled scientific breakthroughs such as the development of radar, the invention of magnetic core memory and the concept of the expanding universe.
2.Stanford – US
Stanford has one of the largest university campuses in the US, with 18 interdisciplinary research institutes and seven schools: Graduate School of Business; School of Earth, Energy & Environmental Sciences; Graduate School of Education; School of Engineering; School of Humanities and Sciences; Law School; and School of Medicine.
Stanford counts 19 Nobel laureates within its community and is regularly ranked among the top three universities in the world.
3.ETH Zurich – Switzerland
The university, commonly known as Swiss Federal Institute of Technology Zurich, has 16 departments that offer academic education and conduct scientific research in subjects ranging from engineering and architecture to chemistry and physics.
Education at ETH Zurich combines solid theory with practical application, and most degree programs build on strong mathematical foundations. For undergraduates, the main teaching language is German, while most master’s programs and doctoral studies are in English.
4.University of Cambridge – United Kingdom
Located in the center of the ancient city of Cambridge, 50 miles north of London, the University of Cambridge is a collegiate public research institution that serves more than 18,000 students from all corners of the globe.
With its reputation for academic excellence and traditional scholarly values, the University of Cambridge often ranks among the very top universities in the world for teaching, research, and international outlook.
The university has educated eminent mathematicians, scientists, politicians, lawyers, philosophers, writers, actors and heads of state.
Ninety-eight Nobel laureates and 15 British prime ministers have affiliations with Cambridge as students, faculty or alumni, including the scientists Francis Crick and Frederick Sanger.
5.University of California, Berkeley – US
Berkeley is one of the 14 founding members of the Association of American Universities and is home to some world-renowned research institutes, including the Mathematical Sciences Research Institute and the Space Sciences Laboratory.
6.Nanyang Technological University (NTU) – Singapore
Ranked the top university in the world for citations in artificial intelligence (Nikkei and Elsevier 2017) for the period 2012-2016, NTU is embracing digital technologies for better learning and living as part of its Smart Campus vision.
It has partnerships with the world’s leading technology companies such as Alibaba, Rolls-Royce, BMW, Volvo, Delta Electronics, and Singtel in many areas of societal importance and impact that include artificial intelligence, data science, robotics, smart transportation, computing, personalized medicine, healthcare, and clean energy.
7.University of Oxford – UK
The University of Oxford is the oldest university in the English-speaking world and is actually so ancient that its founding date is unknown – though it is thought that teaching took place there as early as the 11th century.
For this very reason, it has world-class facilities in all aspects including technology and engineering facilities.
8.Imperial College London
Imperial College London is a one-of-a-kind institution in the UK, focusing solely on science, engineering, medicine, and business.
Imperial offers an education that is research-led, exposing you to real-world challenges with no easy answers, teaching that opens everything up to question and opportunities to work across multi-cultural, multi-national teams.
9.National University of Singapore (NUS) Singapore
Researchers in NUS’ Schools and Faculties, 30 university-level research institutes and centers, and Research Centers of Excellence cover a wide range of themes including energy, environmental and urban sustainability; treatment and prevention of diseases common among Asians; active aging; advanced materials; risk management and resilience of financial systems.
The University’s latest research focus is to use data sciences, optimization research, and cybersecurity to support Singapore’s Smart Nation initiative.
10.Tsinghua University – China
Students looking for great engineering and computer science programs need to look no further than Tsinghua University in Beijing, which since 2015 has been ranked as one of the best in the world for both disciplines.

10 things to consider if you want to be POOR…