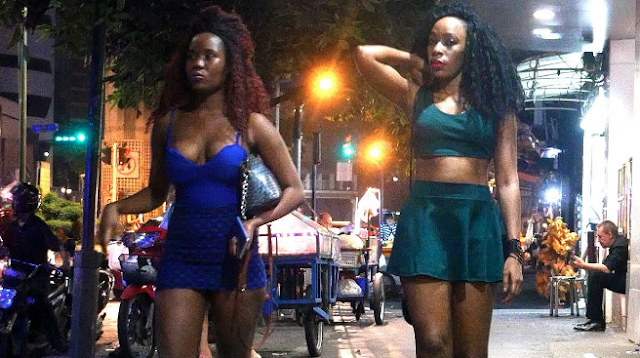 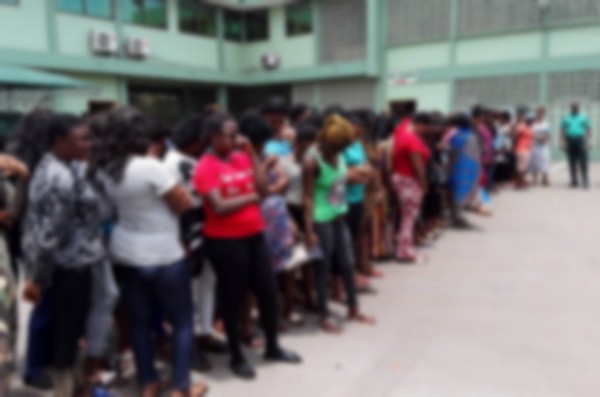 Seventy-two Nigerian women and a Togolese, are to be deported by the Enforcement Unit of the Ghana Immigration Service (GIS) for being in the country illegally.

Most of the Nigerian deportees were also said to have engaged in prostitution in Ghana, apart from lacking the requisite resident permits.

They were arrested along with nine Ghanaians in a swoop at the Redco Flats neighbourhood at Madina in Accra on Thursday, September 20.

The Ghanaians are to be handed over to the Ghana Police Service for prosecution.

Briefing newsmen during a Press Conference yesterday, Public Affairs of the GIS, Deputy Superintendent of Immigration (DSI), Linda Asare Mantey, at a press briefing said the swoop was based on intelligence the service gathered.

According to her, 20 of the suspects were arrested at the Junior Hotel at Madina whilst the rest were arrested in the same vicinity, which is noted for prostitution activities.

Supt. Mantey said although eight of the foreign nationals claimed they had passports, they could not produce any such documents, explaining that “the GIS has requested for their travel certificates from the Nigerian High Commission as well as the Togo Embassy to send them back to their various countries.”

The suspects, she said, had refused to give details of their presence in the country, including when they entered Ghana.

According to her, the suspects “have built ghettos and kiosks where they operate,” adding that some of the suspects were arrested in the act.

“It is illegal to come to the country and engage in prostitution,” she said, cautioning prospective foreign nationals and Ghanaians who engage in such practices to desist from it.

Supt. Mantey also cautioned owners and managers of hotel facilities who hire their facilities out to irregular migrants and locals to use for prostitution to refrain from it, saying “We will go after them.”